Digitization is clearly a priority not just for individual Quebec businesses, but for a collaborative Quebec industry strategy as the economy progresses. Back in Spring 2020, we reported on Quebec’s Investment Tax Credit" to promote innovation and clean economic growth in the province up until 2023. More recently, the Quebec government is doubling down on encouraging innovation according to a statement by Pierre Fitzgibbon, the Minister for the Economy. He announced an additional surge of funds totaling $24.6 million promised for small to medium sized businesses as part of Quebec’s Digital Transformation Offensive (OTN), which was officially launched last year in March 2021.

Fitzgibbon was reported as saying, “Today, we are continuing the implementation of this initiative by working with new associations that have mastered the issues and challenges of their sector, which will allow us to respond well to the needs of SMEs. In a context of labor scarcity, the digital shift is essential to the success of Quebec businesses.” 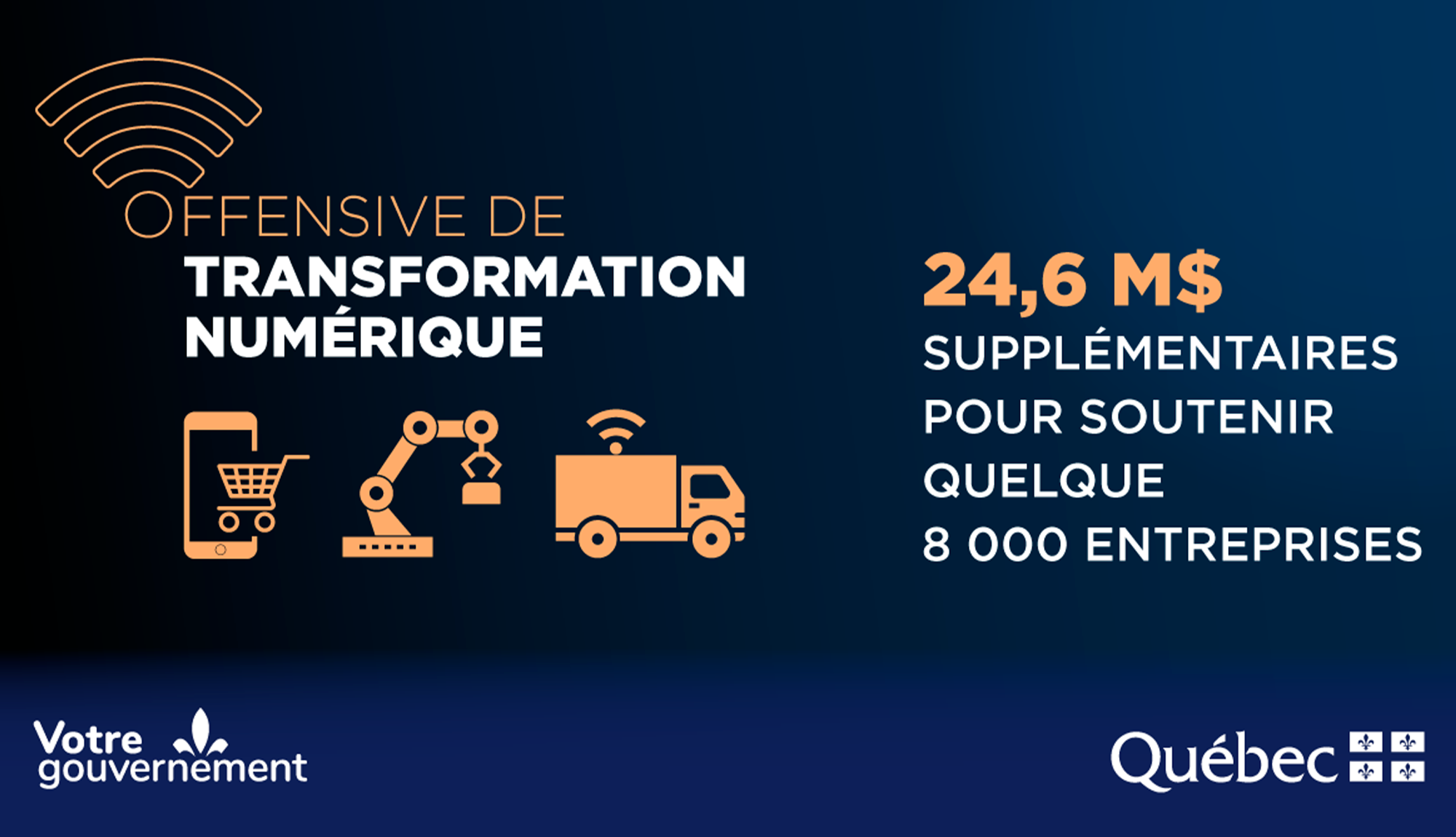 The Digital Transformation Initiative originally provided $56.8 million in funding from the Quebec government when it was announced. Since then, Fitzgibbon announced an additional $24.6 million. The new initiatives that have been announced total more than $48 million. Altogether, the total budget for the OTN is $130 million.

The main strategic partners for the OTN are Investment Quebec, the Business Development Bank of Canada, the Solidarity Fund QFL, Desjardins Group, and the Caisse de dépôt et placement du Québec. In addition, the Productivité innovation initiative has programs on their website that offer further financing solutions, including Audit industrie 4.0 and Programme PME en action.

The projects chosen for funding are collaborative partnerships on a business digital transformation continuum that raise awareness of digitization, support strategic planning and diagnostic development, and implement the planned digitization. The number of companies currently supported by this initiative is around 11,000 SMEs.

More funded projects will be announced going forward into March 2022, and Pierre Fitzgibbon has said in the press conference earlier this week that if the allotted $130 million isn’t enough, “We will add more.” Based on this, it's clear that Quebec is adamant about digitization for all businesses going into the future.

If you want to pursue digital transformation alongside local industry leaders, then VKS provides all resources necessary for system digitization, including automated work instructions.

Read More: The Manufacturing Guide to Industrial AI and Automation

Here are the current projects funded to date by industry sector:

Together with École des entrepreneurs du Québec, the Virage numérique bleu project will help Quebec retailers integrate e-commerce solutions and train merchants to use digital diagnostic tools. Participation is open to companies in retail with fewer than 100 employees and 4 branches of service.

Associated with McGill University, the Retail Innovation Laboratory (LICD) of the Bensadoun School of Retail Commerce will receive funding to introduce technologies to retailers through conferences, webinars, and workshops, as well as to train future retail managers. 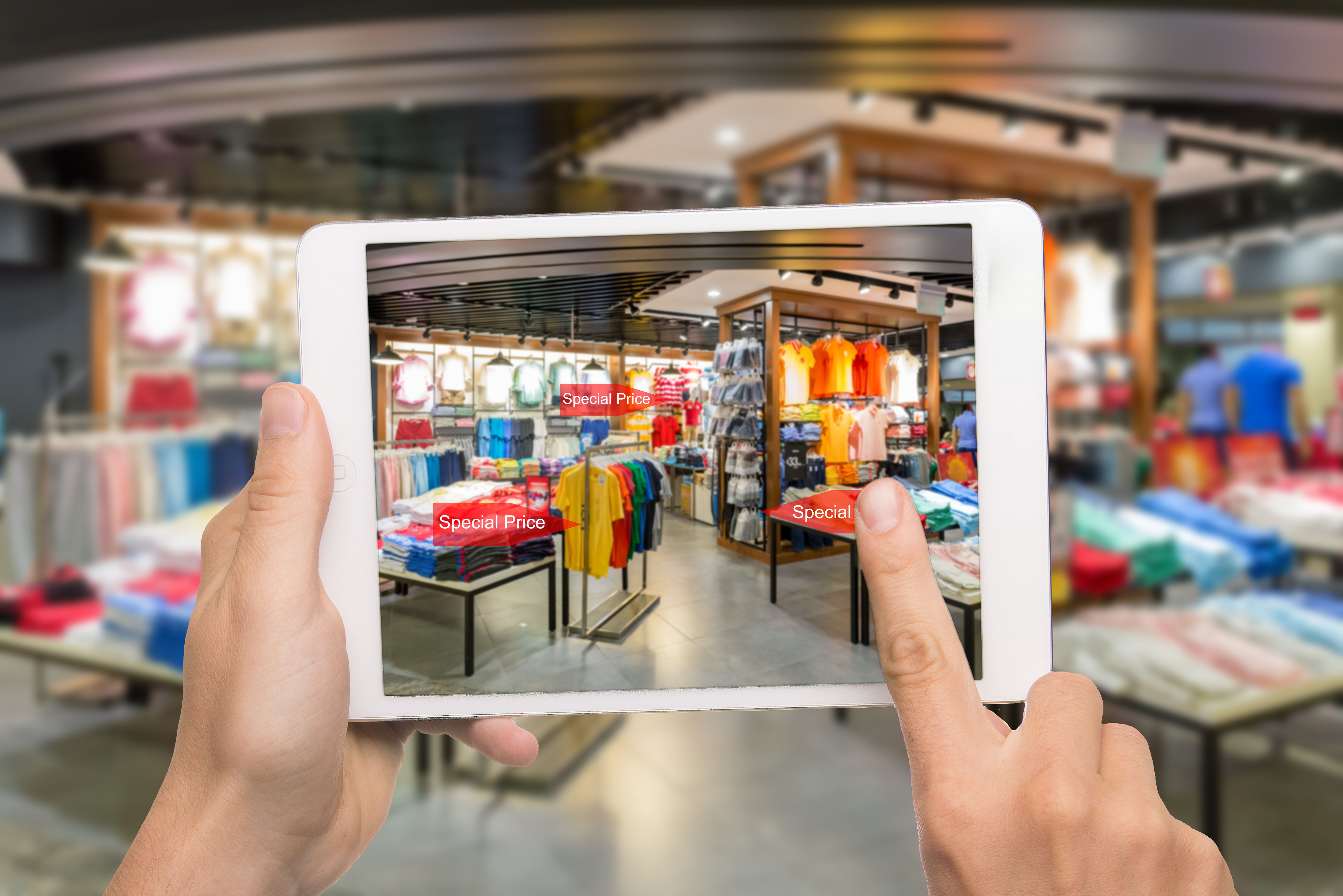 Quebec construction companies can find digitization support from the Quebec Initiative for Construction 4.0 (IQC4.0), which aims to increase competitiveness within the construction industry. This will support certain suppliers in upgrading their initiatives for public infrastructure and public works. More than a hundred companies will benefit from the application of over 350 digital diagnosis and implementation plans.

The three-prong aim of the Quebec Council for Cooperation and Mutuality (CQCM) is to promote training and awareness for digital transition, to support collective enterprises in digitization, and to allow “group interventions” with co-ops and non-profit organizations. This project is in partnership with the Chantier de l’économie sociale and the Consortium of resources and cooperative expertise. 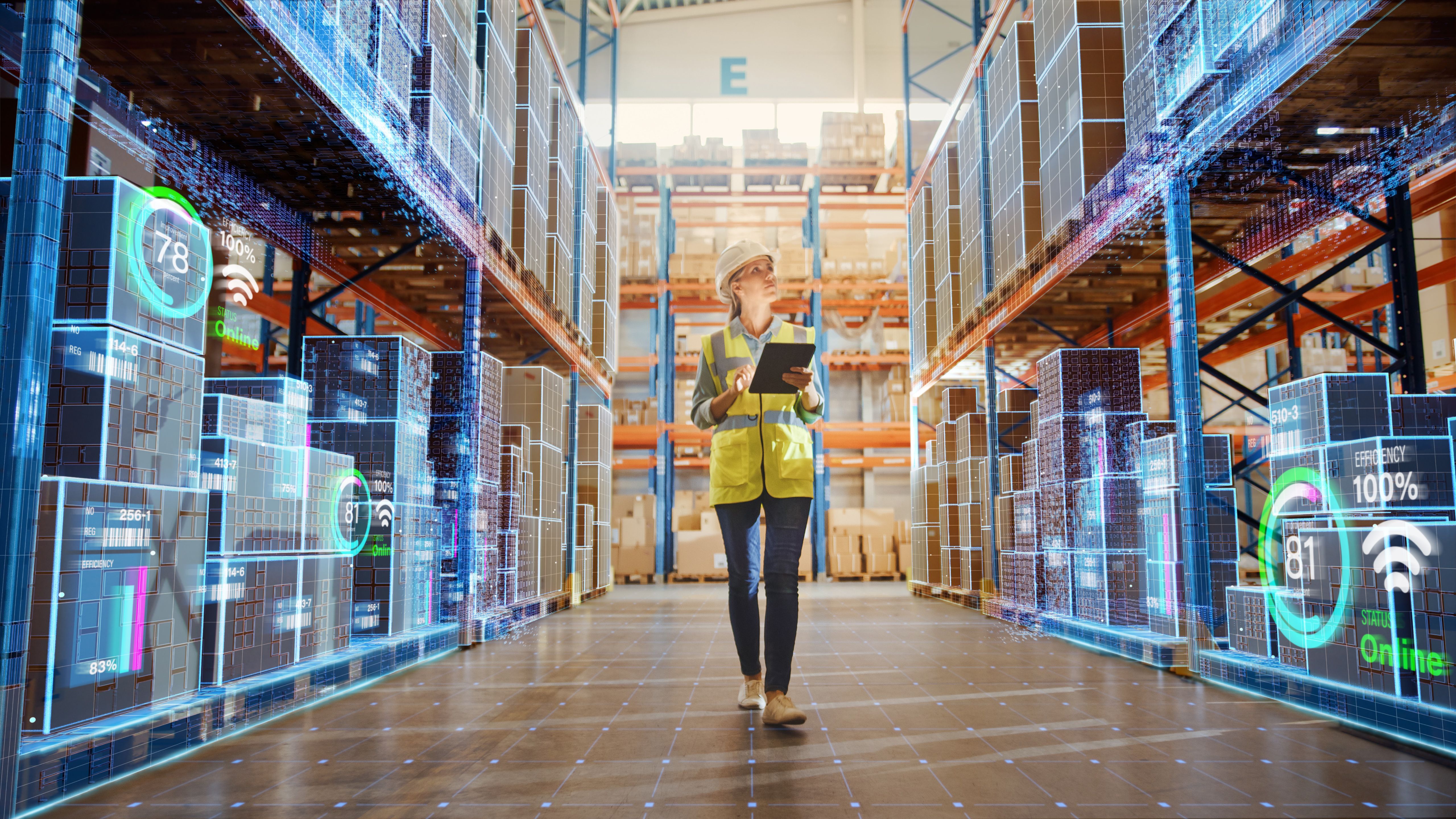 At least 700 separate SMEs will be targeted by the Inno-centre, a collaborative group that helps to complement and consolidate a company’s tech and skills for a full digital transformation. Each business will receive at least 100 hours of personalized intervention from a coach. The Inno-centre is accepting clients with a turnover anywhere from $2-200 million and either projected growth or a new major investment idea.

In order to take part, companies must be referred by relevant Inno-centre partners, which include Investment Quebec, economic development organizations, venture capital firms, or financial institutions. This is a great opportunity for SMEs who don’t fit neatly into other digitization categories to get a step ahead of the crowd with entering the modern Industry 4.0.