With only about ten years since Industry 4.0 was coined in 2011, Industry 5.0 seems to be hot on its tails. Never before have we had two industrial revolutions follow so closely together and this is leading to some interesting interplay between their innovations and benefits.

Industry 5.0 has been labeled the convergence of cyber-physical systems and people. Through Industry 4.0 technology like IoT and Big Data, robots and software are poised to help people work faster and more intelligently.

But is the hype really worth it? Or is Industry 5.0 a new catchphrase to keep people interested in Industry 4.0's latest innovations?

Let’s look at the roles that Industry 4.0 and 5.0 play in modern manufacturing, as well as where the industry is headed in the future.

A Look Back at Previous Industrial Revolutions

Every industrial revolution has built on the previous revolutions' innovations. And in most cases, the innovations, tools, and benefits from past revolutions are still being used and advanced to this day.

For this reason, if we want to get a sense of where the industry is going, it's a good idea to look briefly at where we’ve come from. What were the past industrial innovations and how have we built upon them?

Before we embark on a brief blast from the past, keep in mind these two key facts about industrial revolutions:

The First Industrial Revolution was the beginning of the factory system and mechanization. Hand production methods transitioned to machines methods using engines powered by steam and water. This gave way to new advancements in chemical manufacturing, iron production, and most notably, textile manufacturing.

Incredibly, humans were able to share their work with these contemporary machines to produce more products. The main change was that people manipulated materials in ways that would have been impossible with hand strength alone.

Here is where we see the beginning of some modern tools like lathes and milling machines. These made precision metalworking possible. Despite advancements in technology and precision, these same basic tools and engineering principles are still used today.

The most notable invention of the time was the moving assembly line for the Ford Model T. Through repeatable processes, manufacturers like Henry Ford could mass-produce items quickly while also significantly reducing downtime and defects. 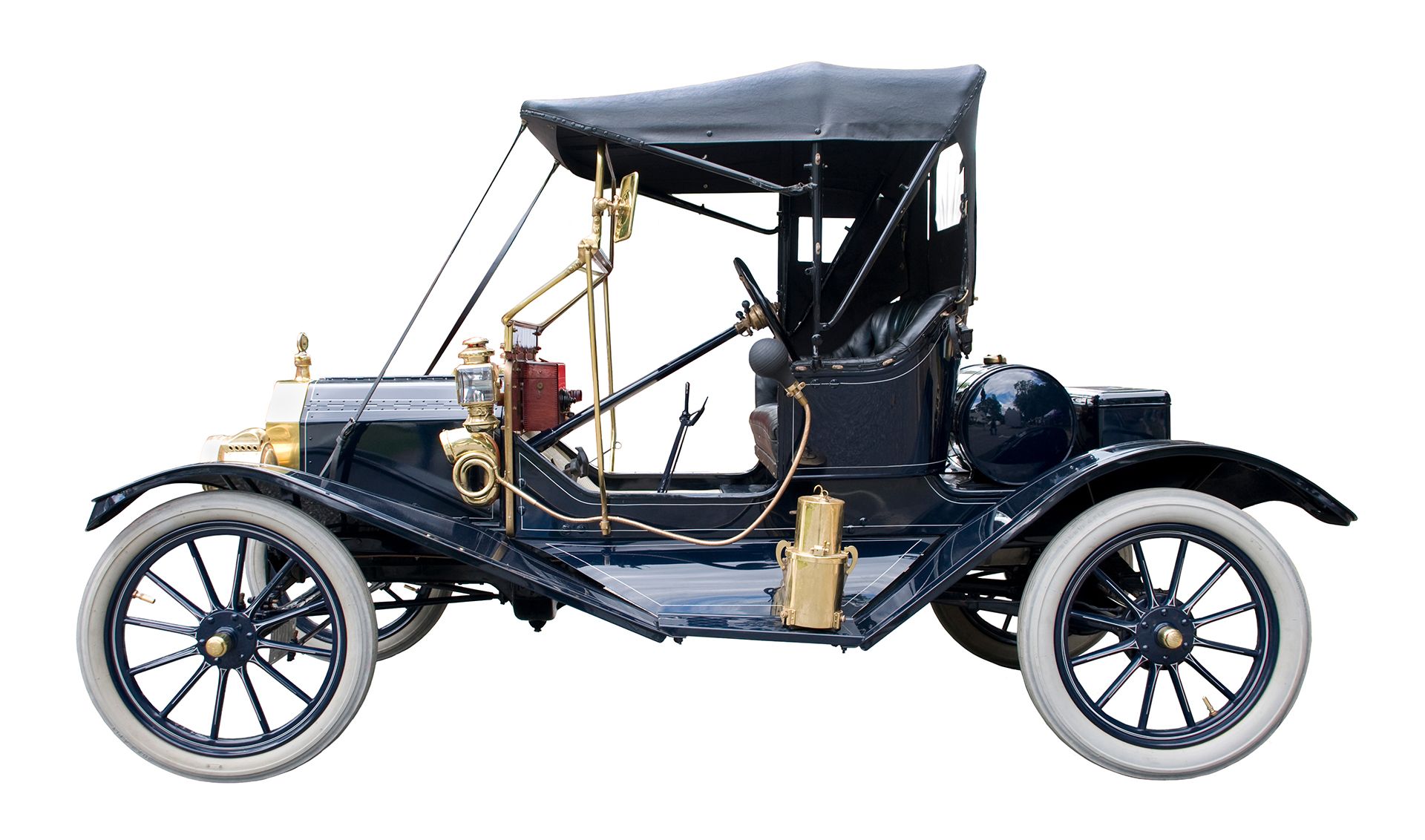 Although it should be noted, this also led to less personalization among products. For mass production to be efficient, products needed to be relatively homogenous.

Henry Ford famously said, "Any customer can have a car painted any color that he wants, so long as it is black."

The assembly line, standardization, and electrical power enabled people to again push the boundaries of production. And since products could be built faster while costing less money, the Second Industrial Revolution changed the landscape of market availability.

Approximately 100 years later, the Third Industrial Revolution brought the first renditions of automation, computer systems, and programmable machines. This was a direct step toward operations using memory-programmable controls and computers to accomplish tasks without the need for human intervention.

Also known as the Digital Revolution, this period brought widespread use of computer systems, the invention of the internet, and nuclear energy.

Although automation can still be a scary topic for some, it has led the industry to progressively share work with autonomous machines and systems and create more time for people to pursue what machines and AI can’t do.

And automation is far from over. It continues to grow by incorporating the principles of the next two industrial revolutions. As we’ll find out, Industry 4.0 and 5.0 seem to change the game in new and unprecedented ways.

Industry 4.0 emerged in 2011 in Germany 41 years after the Third Industrial Revolution. Coined by renowned professor Wolfgang Wahlster, Industry 4.0 brought in the concept of the smart factory. Machines communicate with one another and self-organize in this environment, allowing for more efficient, flexible, and adaptable manufacturing.

If the past industrial revolutions were about how physical products and substances are made, Industry 4.0 is about gaining key insight and knowledge to make these processes smarter.

Like the Second Industrial Revolution, Industry 4.0 has enabled us to change the landscape of the globally connected market over the past ten years. With tools and technology that enable us to quickly adjust and adapt to market demand, the industry experiences less reliance on old mass-production methods in favor of pull manufacturing and Make -to-Order/Assemble-To-Order environemtns.

With new levels of digital integration and intelligence through the Internet of Things (IoT), Big Data, and other technologies, Industry 4.0 gives companies the ability to send and receive insight and knowledge in real-time.

This means that manufacturers now capture key data about their operations such as production times, machine usage, productivity metrics and much more. They gain valuable data along with intelligent ways to share this knowledge.

With this information at your fingertips, optimizing your operation is no longer a shot in the dark.

What is the Future of Industry 4.0?

The advancements of Industry 4.0 still have no end in sight. The ability to connect to multiple systems and tools through autonomous and intelligent means is poised for limitless growth and advancement in the foreseeable future. As long as there are systems that can gather data, there is an unending source of information for companies to use toward optimizing their processes.

With this capability, companies need to set their goals and determine what areas of their productions they want to enhance. In other words, in what direction will Industry 4.0 technology take them?

For this, many companies are looking to the principles and advancements of Industry 5.0.

The Emergence of Industry 5.0

Industry 5.0 is the convergence of people working alongside robots and smart machines. It's about robots assisting humans in performing tasks more efficiently and effectively by utilizing sophisticated technologies. It adds a human-centered focus to the benefits of Industry 4.0 knowledge and efficiency. 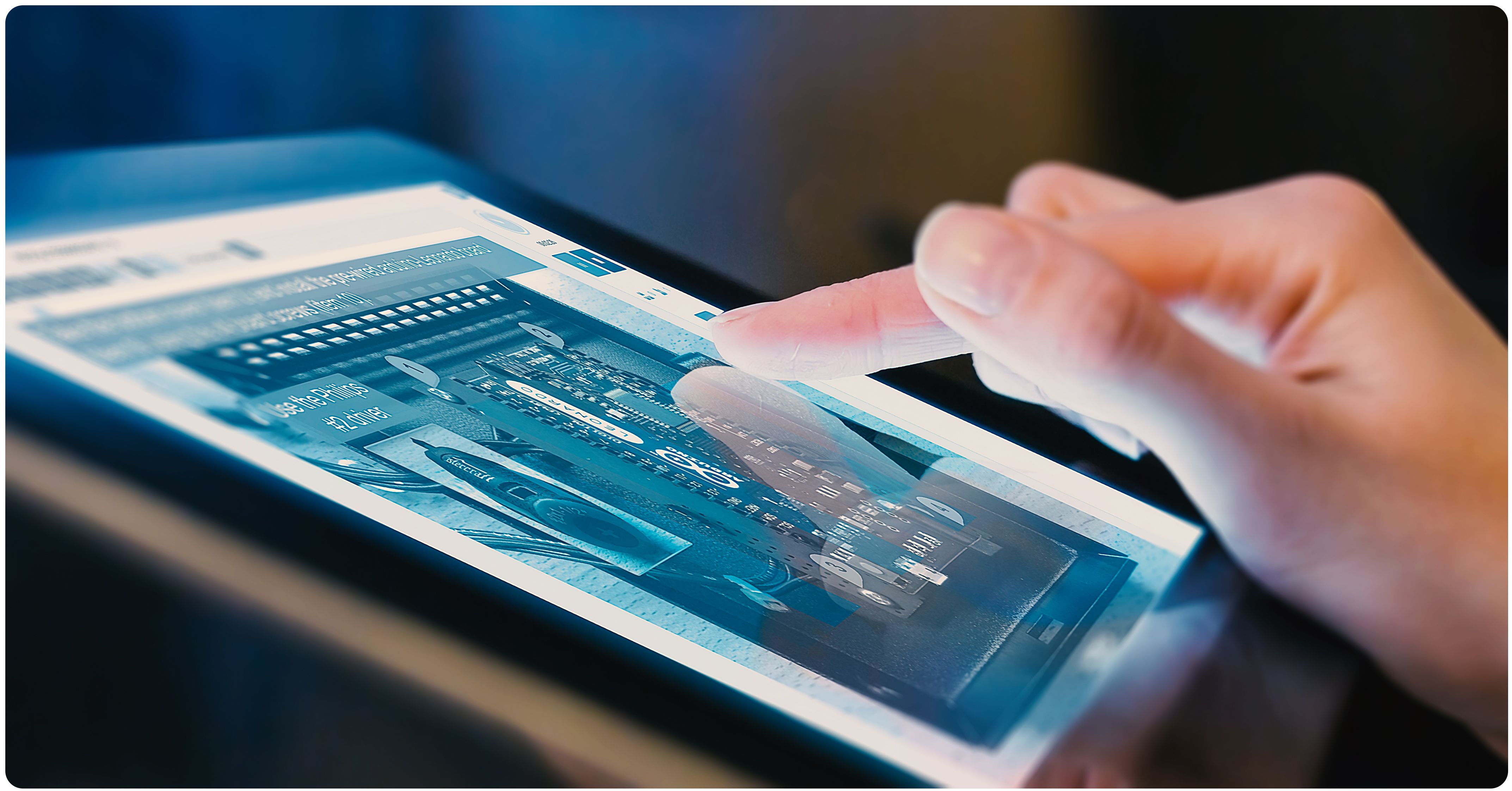 Now you may be thinking that since Industry 5.0 is riding so close on the coattails of its predecessor, should it even be its own entity?

There is some logic to this but we must also remember that this was the general thought at the onset of Industry 4.0. And despite being highly tied to the advancements that preceded it, Industry 4.0 has grown beyond a mere extension of the Third Industrial Revolution.

There is no set date on when Industry 5.0 began. Some sources place it as far back as 2013 but there is little out there to confirm this. But what we do know is that this revolution began as a realization of the massive potential of Industry 4.0 in the new millennium.

Given the explosion of interconnectivity between machines and cyber-physical systems in the past decade, it is a natural progression to consider the integration of people as the next evolutionary step of the industry.

As we previously stated, every industrial revolution is geared toward enhancing the capabilities of people. Industry 5.0 is taking a direct route toward this goal.

2 Factors to Keep In Mind about Industry 5.0

With Industry 5.0 coming so quickly after the last two industrial revolutions, it can be hard to pin down what sets it apart. Anyone seriously considering adopting its practices will be curious about how Industry 5.0 interacts with the technology and principles of the past revolutions.

This can be answered by looking at two fundamental principles of Industry 5.0.

Since the emergence of automation and AI, there has been a growing fear that robots will come to take the jobs of hard-working people. Even though this is not the case, as we’ve talked about in How to Build Manufacturing Skills in the Face of Automation, Industry 5.0 is about doing precisely the opposite.

The focus of this new era is to use our smart machines and systems to enhance the abilities of humans. Instead of getting robots and AI to take over certain tasks entirely, this industrial revolution sees the value in the direct collaboration of humans and machines. Processes benefit from the advanced computational and data storage capabilities of computers while also gaining the human intuition and problem-solving capabilities of people.

Imagine a system that not only autonomously takes care of certain tasks but also empowers employees with the right knowledge and tools that people need.

This is the power of Industry 5.0: people freely collaborate with their software and machines to get the job done in the most efficient and productive way possible.

For a brief example, let’s imagine you are assembling a team for an Ocean’s 11 style heist. Each team member will need to be an expert in performing different tasks.

In the same way, Industry 5.0 seeks to use a wide scope of resources to learn and perform the greatest benefit. With systems, machines, and tools collaborating with people, modern workers are truly connected and empowered while processes become infinitely more intelligent and resourceful.

Since industry 4.0 has only been around for approximately 10 years, you may be asking: Do I need to restart my digital transformation to accommodate Industry 5.0 technology and innovation?

It is important to remember that no industrial revolution is ever over, they simply compound on each other.

Industry 5.0 is not here to replace any of the past industrial revolutions. Think about how much we still talk about the growing rate of automation. And that began over 50 years ago! Additionally, the industry is still using principles from the First Industrial Revolution like lathes and milling machines, only now the processes and the machines are smarter.

Standardization, a key innovation of the Second Industrial Revolution is still an important goal for modern manufacturers.

Just like automation and precision machines, the industry is constantly innovating old technology and ideas to make new advancements.

Example of Industry 4.0 and 5.0 Working Together

Since Industry 5.0 relies on the specific technology of Industry 4.0, the two revolutions and their innovations work extremely well together. There is no other example that better exemplifies this collaboration than work instruction software.

This technology enables companies to capture the best practices of their operations and then distribute this knowledge to their workers in a step-by-step format. On top of this, companies can use the Industry 4.0 capabilities of this platform to gather endless data and connect to other systems and tools.

This includes connecting to systems such as:

Each of these innovations are made possible through our advanced Application Programing Interface (API).

When applying this knowledge and enhancement to the people within the industry, we get a new level of human capability. These advanced connections enable workers to truly connect with their systems as if their programs and tools were simply an extension of the manufacturing team.

So Is Industry 5.0 Worth The Hype? 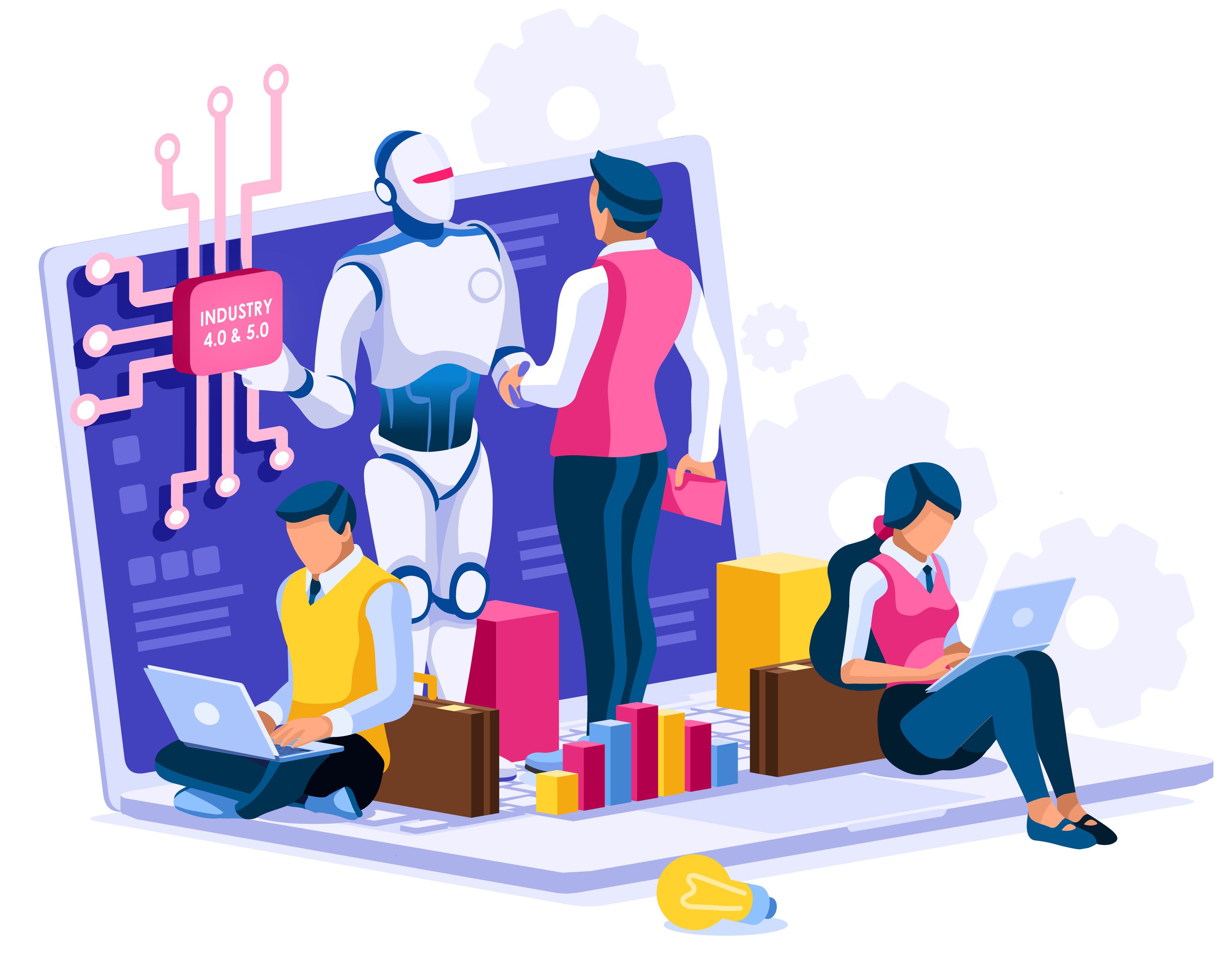 Whether you see Industry 5.0 as its own entity or you see it as a mere extension of Industry 4.0, there is no doubt that this “industrial revolution” is leading the industry toward new capabilities when it comes to how people interact within the manufacturing environment.

Is Industry 4.0 over? Absolutely not. Industry 4.0 is still making big changes and will continue to grow in the years to come. At the same time, Industry 5.0 is helping to create a more human-centered industry. One that connects to machines and gathers data while also enhancing and capitalizing on the abilities of the modern human being.

Read Next: How to Build Manufacturing Skills in the Face of Automation