The 12 Biggest Manufacturing Trends of 2020 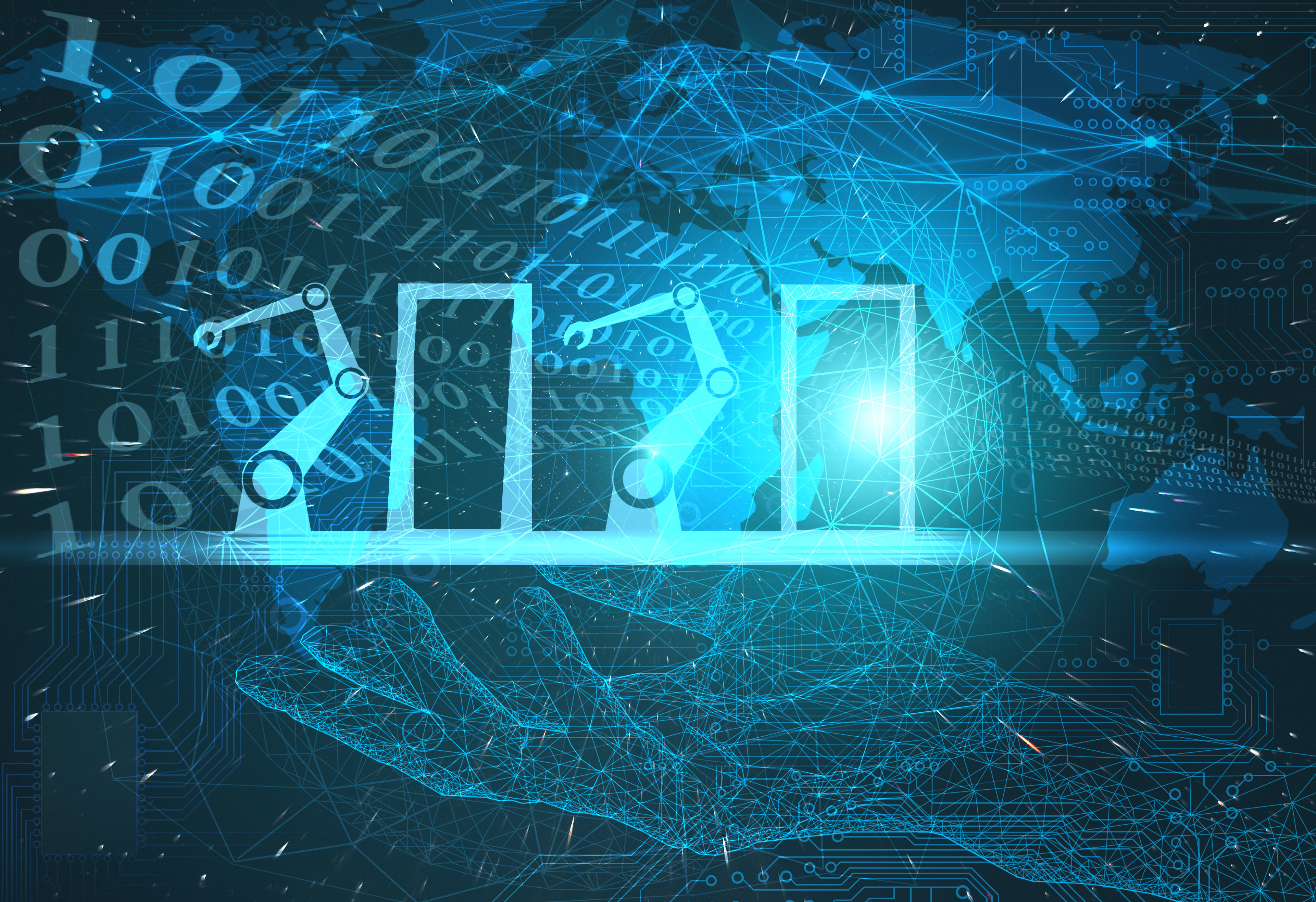 Every day, manufacturing trends continue to change and evolve, especially in the face of a global difficult-to-control crisis. Looking at manufacturing trends in 2020, a digitally connected workforce, growth in spending on emerging technology, faster wireless connectivity, and the resulting effects from the coronavirus are among the top trends to look out for this year. In its own way, each trend is set to affect the manufacturing industry - both this year and beyond.

Mixed-model assembly, where workers blend diverse models of the same product with similar processes and materials on the same production line, succeeds with its flexibility, shorter lead-times, and cost-cutting benefits. Introduced by Toyota in the 1960s, mixed-model assembly has grown into an evidence-based scientific discipline as it becomes entrenched in 2020 and beyond.

Workers are taught how to be competent in several tasks for each model. Engineers must remember concepts for lean and just-in-time manufacturing, such as kanban, takt time (tempo of production), heijunka (balancing) and junjo (sequential parts delivery), while workplaces are embedded with physical and visual work instructions such as our very own software to ensure “flow”.

While mixed-model assembly mostly focuses on technology, manufacturing operators may shift their focus to human factors and sustainable issues in the near future, says Engineering Computations.

The global Connected Worker market is expected to reach USD 8.9 billion by 2026, according to Polaris Market Research. This is where workers connect to each other and to their physical and virtual environments through smart wearables, such as smart glasses, wristbands, tablets, and sensor-equipped personal protective equipment.

The trend has become significant to the point that Gartner introduced it into his 2019 Hype Cycle for Manufacturing Operations Strategy and noted how smart technology helps workers increase productivity, quality and safety.

A recent LNS report also found that 46% of industrial companies already use intelligent wearable technologies, while another 21% planned to by the end of 2020.

Associated with the Connected Workforce is the uptick in wearable technology - introduced in the early 2000s - that makes it one of the fastest growing sectors on the horizon. According to Business Wire, Quantzig Analytics, a global data analytics and advisory firm, found that wearable technology in manufacturing has both impacted and triggered advancements in innovative technologies, including IoT, DS, Blockchain, Big Data Analytics, and Cloud.

Marketwatch expects the market to reach $2.6 billion in 2023 - that´s almost double its yield of six years ago! Meanwhile, according to Manufacturing Business Technology, Forrester predicts that by 2025, 14 million workers will don smart wearables, such as smart glasses and smart helmets to improve their performance.

For a remote workforce - as Holloway, a US company that publishes guides for executives, told us - wearable technologies will become de rigueur. Such devices inform employers on workers' activities.

As for this year's manufacturing industry trends, the latest Industry 4.0 Market Report predicts market-worth to reach USD 156.6 billion by 2024, at a CAGR of 16.9% from 2019. Out of these, 5G and IoT innovations are set to expand the most, with China, Japan, and South Korea dominating the industry.

Technologies like Blockchain, AI, VR, ML and Big Data trend upstream not only in the marketplaces but also in learning environments where they are taught in colleges, over the internet and in companies as training programs for employees.

After all, in their list of the 50 Best Jobs in America, Glassdoor mentions Data Science and Development Engineering as two of the fastest-growing and most lucrative careers for 2020 and beyond. In response, both Massive Open Online Courses (MOOC), as well as ¨regular” institutions add classes on these topics.

In a reversal to offshoring, onshoring, or reshoring, is where businesses relocate back to the United States - or to their native lands. Partly a result of social, political and economic conditions, the Reshoring Initiative’s Data Report shows the largest number of jobs returned to the U.S. come from Asia, with China leading the list.

While certain manufacturing vertices may miss offshoring for qualities that include cheap labor, offshoring provides benefits that include reduced shipping and general costs, localized control and supervision (which also helps companies comply with regulatory demands and quality control requirements), and better communication with workforce and supply chain management, among other factors. For these reasons, onshoring has become especially trendy for the manufacturing of automotive parts and complex manufacturing productions.

In either case, domestic production seems to be the trend at least through 2020 - and probably just beyond.

While the increase in expenditure is barely significant - on average only a five percent increase - the report indicates a definite pattern of positive growth over the last 10 years (variously peaking over 40 percent). At the same time, some experts expect investments to fault-line over the next few years in response to a recessionary slow down and US-China trade tensions, among other factors.

Recent reports identity 2020 as the year Robotics gains critical mass. As noted by Industry Week, Robotics Industries Association has notices that it is collaborative robots - robots that work side-by-side with humans - along with IoT (such as sensors for autonomous cars and vigilant devices) that show the biggest upick.

The global IoRT market is expected to reach $21.44 billion by 2022, growing at a CAGR of 29.7 percent, according to Beroe Inc, a procurement intelligence firm.

Drivers for growth can be traced to a dwindling labor force and heightened labor costs that are partially, if not totally, resolved by the growing sophistication and appeal of automation. China continues to dominate the market, with robots penetrating more diverse industries across the world.

Thanks to the digitization of manufacturing, a growing number of small to mid-size and large companies turn to cyber security experts for guidance on how to secure their online data.

¨Manufacturing,” Mordor Intelligence noted, ¨is one of the most targeted industries by cyber attackers, owing to the presence of vital data related to company and government.¨

For manufacturers, hackers who invade their systems could pose particularly dangerous. For example, someone with access to the controls of a chemical, petrochemical or refinery industry could nudge their equipment into a 3,000-degree bomb.

For that reason, a growing number of manufacturing professionals incorporate cyber protective measures such as using biometric verification identifiers to mitigate risks, training employees on cyber risks, securing their OT and IT networks and defining security policies.

Over the next five years, the Big Data market in the manufacturing industry is expected to reach USD 4.55 billion from 905 million in 2019 - that´s a CAGR of just over 30%, Mordor Intelligence also noted. The Mordor Report predicts that North America will dominate the Big Data market as the manufacturing industry segues into Industry 4.0 and adopts innovations like sensors, RFIDs, barcode readers, and robots. This expansion will trigger around 2.72 million jobs in the data science sector over 2020, according to IBM's Quant Crunch Study.

Associated sectors such as AI, edge computing, cloud, machine learning, and analytics will further be impacted in a reciprocal feeder effect, where each technology contributes to the advancement of the other.

All this time, companies in the manufacturing industry are expected to adhere to data privacy regulations both in the US and abroad.

Over 2020, 5G (or fifth-generation wi-fi), with its augmented latency, scalability, and improved connectivity, is poised to affect every field in the manufacturing industry, making Industry 4.0 logistics and operations faster, smoother, more reliable - and cheaper too. That's because - as Kader Khan, Director of Exfo's Business Unit in Canada told us - IoT will finally have a technology that could handle its needs. At the same time, the energy savings and cost reductions of 5G will make IoT devices more widely used. While its initial pace may be slow, - 5G is after all expensive - most experts see 5G as the catalyst for tremendous growth in productivity, safety and flexibility, crossing all manufacturing sectors and impacting all functions.

Indeed, 5G underlies each one of the top manufacturing trends for 2020, prompting TechWire Asia to declare: ¨It’s something manufacturers should give serious thought to. Now.¨

We can’t talk about the future of manufacturing without mentioning the novel coronavirus that has been disrupting all spheres of our lives. Social distancing has been causing many to work from home. But what about the many that fall within the essential sectors unable to perform their work remotely or even within the manufacturing sector where it’s impossible to build products from home? We’re still learning as we go along, but it’s interesting to see big-name companies adapting their production to help the population.

The best part about this is that unlike 100 years ago during wartime efforts, we’re not all fighting each other as nations. This time, we’re fighting a common enemy that has no face. Major car companies such as Ford and GM are switching production to make ventilators, while distilleries like Labatt are now making hand sanitizer. In the short term, this is an incredible solution to a much-needed shortage, but what does this mean for the future?

For the most part, we still have to wait and see how everything plays out. But it’s also serving as an eye-opener for most companies still lagging behind when it comes to processes and methods still stuck in the 20th century. Not only is the coronavirus serving as a wake-up call to nations and their protocols for global crises, but it’s also a major eye opener for manufacturing companies still reluctant to jump into Industry 4.0.