Valve Research & Manufacturing Company, which has been “designing and manufacturing valves for land, sea, air, and space applications since 1975,” provides the smallest of parts for the biggest of industrial projects. They manufacture valves — solenoid, relief, and check valves — for aerospace platforms and oceanographic applications. An aircraft is only as good as its weakest, smallest part, and Valve Research takes a serious interest in perfecting the tiniest of processes that contribute to the industrial whole.

Having worked with VKS Pro since 2015, Valve Research has continuously improved regarding both quality and assembly processes. We sat down with Rasheed Ingleton, Manufacturing Engineer for the Assembly & Test Department, to talk more about how VKS helped facilitate the parts manufacturer’s digitization process at its Florida-based facility.

Timeline From Paperwork to Paperless

Ingleton deals with VKS daily as a manufacturing engineer and as the main author of Valve’s customized VKS work instructions. He elaborates on the major shift to digital work, saying, “Before VKS we were using a paper system: We created assembly routing in our software, and it was then printed and passed along. Each operator was given a job traveler which included instructions and a copy of the engineering drawing of the part. They would then have to try to interpret the instructions along with the drawing. There was no visual guide to help assist them in the process, like photos of tool setups, what tools to use, and quality awareness.”

The challenges of this outdated system were immediately clear, and yet things became more complicated when the manufacturing process was underway. Ingleton continues, “Whenever a revision was needed, for example if a drawing changed, it was a headache. We’d have to chase jobs all over the building trying to mark up the paperwork. It used to be overwhelming.”

Especially for a company that deals with a copious amount of high precision components that go into an assembly, implementing real-time adjustments quickly became a monumental task. Ingleton explains, “If something instructional changed or we’d want to improve a process we’d have to go change all the jobs. So, say we have a contract for a thousand pieces of one part, we would divide that number into several different work orders. Which means there isn’t just one, but multiple job orders involved in the change. Now each of those needs to be tracked down and marked up.” With that many potential points of difficulty in the manufacturing process, Valve needed to go digital as soon as possible.

“When we were paper-based, the operator had to leave their workstation to go and log each individual operation that they would be performing. I know we’ve reduced a lot of time by just eliminating that.”

“VKS is the best software out there for instructions and for capturing data. It's a game changer." 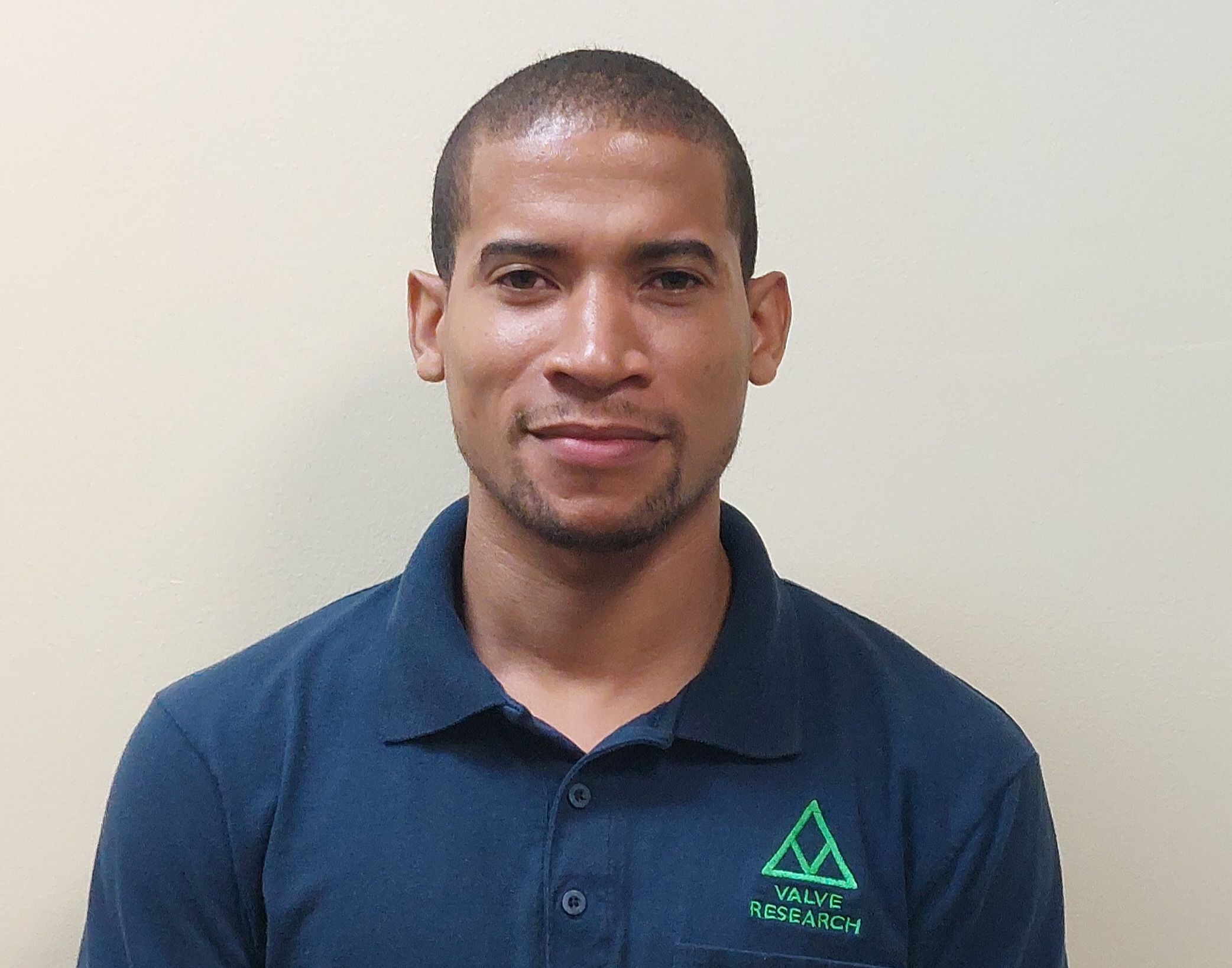 At first, implementing VKS held some anticipated challenges, like adapting best-practice manual operations to a computer platform. While already familiar with digital technology, Valve Research nonetheless saw the added benefit of standardizing visual work instructions on the manufacturing floor. It was a huge change for a company with an established production base, but any big manufacturing player knows the importance of pivoting strategy to adapt to the greater technological market.

While some may have been reluctant at first, Ingleton was a quick convert to VKS, saying about the software, “Oh man, it's a game changer."

“For me, because I’m also in charge of change control, VKS actually helped to improve the configuration change control process. Since all of the drawing and instructions are now managed electronically, as soon as I'm notified about a change, whether instructional or drawing, I'm able to update them instantly through VKS. Now it's simple: engineering notifies me of the changes, and I make the changes. No chasing jobs."

“When we first started, all our software operations had to be put into VKS in a new way. Operators were seeing instructions in a new and different way, which was difficult at first. However, after understanding that it’s the same thing – it’s just electronic instruction now as opposed to physical documents – everybody is on board with the software because we are able to add photos, videos, and more descriptive instructions overall.”

From 2015 to today, the urge to reinvent production processes has never ceased for Valve Research. Ingleton tells a story of how, “When the pandemic hit, things were a bit slower and we had some available time and resources. So what we did was we created training videos for each of our processes and then we implemented them into VKS. Now when an operator is working on a part number and needs more specifications, they can click a link and a training video will pop up of how to process the parts in detail.” Adapting to different styles of instruction under new generations of workers is pivotal to Valve’s continued success in the manufacturing field.

Capturing tribal knowledge that exists throughout the workplace has been a point of growth and pride for Valve as they finesse finicky processes. Ingleton shares, “For example, in our soldering department, we have a well experienced operator who has been here for many years. She knows her craft so well she rarely needs assistance understanding new instructions. This opened the door for me to take her tribal knowledge and add some of it into VKS, which now leaves less confusion for our newer operators on the line as they assimilate into the workflow.”

Even the most detailed standard operating procedures (SOPs) can be improved over time with testing and proper data collection. Ingleton recalls one such scenario: “We researched a process improvement to further prevent potential mistakes from not only happening, but also from being missed. With the help of VKS, we created a form that requires the inspector to photograph the final orientation, and that photo is then verified in quality before we ship the parts.” It’s such a simple solution for quality control, yet it is only effective when paired with a software that can manage and coordinate this kind of high-traffic visual information. Valve clearly already had solid quality control, and VKS later helped implement digitization in order to smooth over future process improvement changes.

Ingleton’s success with implementing visual work instructions came with the realization that his directions were themselves improving with the addition of tribal knowledge: “A lot of my instructions have been improving because of tribal knowledge that we have been getting from people all the time. Instructions are simple, but there’s little details that people know, and those are the little details that we’ve been capturing and putting into VKS and realizing, look, put this [instruction] first and then [that instruction],” allowing for an an adaptive approach to digital adoption that prioritizes the user base rather than the software platform. And as the work of tweaking process flow continues, Valve Research sees the benefits of incrementally improving workflow through data collection with VKS.

With almost 80 users of VKS software working at a time, interdepartmental workflow is critical to the success of the production process at Valve Research. “VKS is primarily used for our assembly processes,” Ingleton notes, “And it is split into many different departments: coil assembly, potting, soldering, electrical, sub-assembly, and final assembly. VKS takes care of all of them.”

He elaborates, “For our coils department, one guidebook deals with building the coils from start to finish. Most of our other departments are sub-operations, so a part starts in subassembly, then moves to potting, then soldering and so on. So, one manufactured part will travel down many departments as it's being processed. VKS handles each of those departments depending on what they’re building, so the forms might be custom for a particular project. We’ve been able to utilize a lot of the tools offered with the system, and there are many others that we plan to use in the future.

“All that knowledge is being captured in VKS, so one operation covers the whole assembly. We couldn’t do what we do with just paper.”

“Since we’ve implemented VKS, it’s actually changed a lot of our workflow. Part of the reason was, we were trying to make VKS work for us, so in doing that we’ve changed protocol a bit and are moving a lot smoother overall. There are fewer issues with our process flow because we’re able to now combine operations through data capturing. All that knowledge is being captured in VKS, so one operation covers the whole assembly. We couldn’t do what we do with just paper.” And Valve Research wouldn’t be where they are today without the added stability provided by standardized work instructions, which affect every step of the assembly process.

Ingleton is proud of where Valve is currently headed regarding the future: “In the transition from paper work instructions to electronic ones, we improved with VKS. Now we’re working on improving our processes for each individual part that we manufacture. When we’re assembling, we’re always measuring and verifying dimensions, so I think one of the next big things for us will be to deploy wireless measurement devices such as Bluetooth calipers and micrometers to automate data collection.

One of the processes that is key to future workflow planning is analyzing the data that VKS sends automatically to supervisors. Ingleton explains, “It tells me what happened in detail for specific jobs. We also have a lot of forms that automatically send me information daily about the processes at work, like electrical functioning, for example. Most of the data we collect is related to process improvement.” This aggregated data allows Ingleton to test changes in the assembly process with greater precision in timing and measurements.

As Valve Research pursues aspects of the digital Smart Factory that is so dominant in modern manufacturing, Ingleton takes note of customer responses regarding the future of industry. “Some of our customer feedback is that they like to see automation in our processes, especially ones that are very operator-dependent.” As for any recommendations this seasoned engineer may offer, Rasheed Ingleton swears, “VKS is the best software out there for instructions and for capturing data.” And since every valve is assembled using VKS software, you can trust that the entire process will unfold smoothly as expected.